Following on from last year's acquisition of the earliest scientific treatise on the Montgolfier Brother's first successful flights, this new acquisition sheds light on the ingenuity of their successors in aviation technology during the crucial years in which airplanes became a reality.

'Die deutschen Patente über Flugapparate' is an unusual volume in technological history, rare not just in the number of surviving copies but also in perspective: it was compiled not by a pioneering engineer or scientist of the field but by a lawyer. The author, Bruno Alexander-Katz of Görlitz, was a doctor of law and practicing attorney specialized in patents. His experience and ability lay in scouring records for all concepts related to a subject to produce an overview that is at once exhaustive, thorough, informative and yet accessible. As Alexander-Katz writes in the introduction, it was his intention to compile a volume reflecting the stand of serious developments in an important technology, yet a volume that was suited "both to the experienced flight technician and constructor, as well as the beginner in particular".

The work covers the years 1879 to 1911. These were the important final decades before and years after the successful invention of powered heavier than air flight. It was also an era in which intellectual property received increasing legal protections, and this legislation gave lawyers increased powers for pursuing cases of infringement. As the technology was cutting-edge, high risk and expensive there can be no doubt that it would have been a potentially lucrative area for a patent lawyer to be well informed.

In spite of expectations that the title might encourage, it is also a very international volume. While it focuses upon patents filed in the German Empire, this does not mean patents covering the works of German inventors only. The German Empire at the time was one of the world's leading industrial powerhouses and therefore an important place for foreign inventors to protect their ideas and industry from being undercut. As such, key international figures such as Louis Blériot and the Wright Brothers also feature.

Alexander-Katz systematically covers all areas of flight technology: including kites, gliders, and helicopters, through to propellers, rudders, motors and landing devices. His use of patents to define the field brought together the theories, concepts and designs of those who took their creations seriously. This did not mean, however, that only functional ideas are represented. Indeed, alongside designs for propellers and new aerodynamic balloons come more outlandish propositions. One of these was by a Monsieur Wulff, based in Paris, who on May 6, 1886, took out Patent Nr. 38085 for an airship lifted by a balloon but fitted with a special harness for affixing large birds as a means of propulsion! The multitude of descriptions such as these are accompanied by 924 select detailed illustrations from the original patent filings, which assist the reader greatly in comprehending the concepts.

The book also acts as a veritable who's who of the field, with a thorough register of names attached to patents, as well as an index of terms and concepts. Meanwhile, the publisher, Krayn – one of the leading publishing houses on flight technology at the time – included numerous adverts for its other publications and journals in this field. Taken together, these qualities make it a superb resource and a must-read for anybody serious about studying and understanding the origins of flight technology in this formative era. For the library, it adds an instructive and characterful new dimension to the existing holdings on aviation technology, an area of competence of the GF Casting Solutions and GF Machining Solutions divisions. 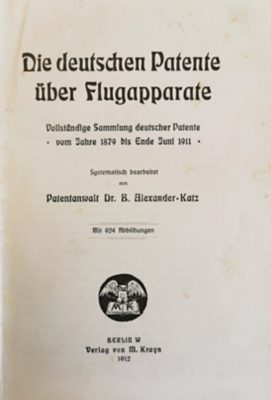 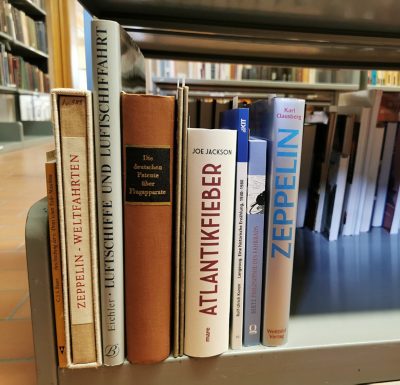 On the shelf in the Iron Library 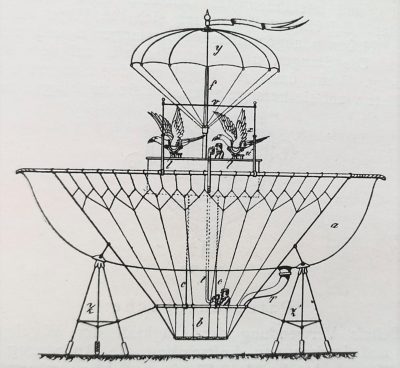 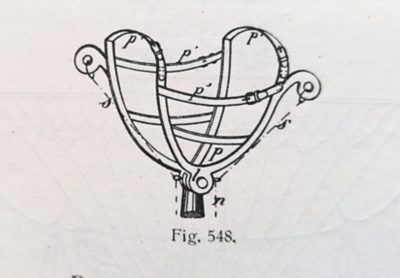 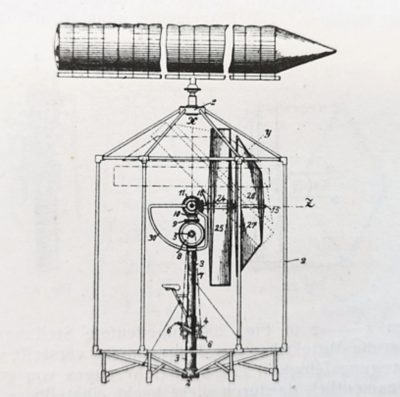 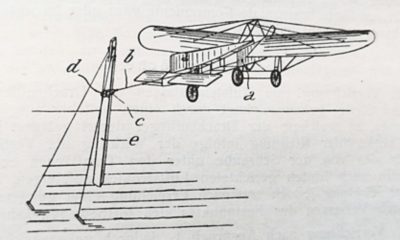 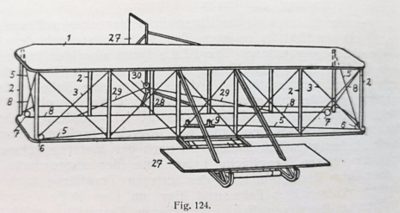