It is with great pleasure that we announce the acquisition of the earliest issues of the periodical 'Kunststoffe' for the Iron Library's holdings, as part of a bequest from Prof. Dr. Dietrich Braun, former director of the German Plastics Institute (Darmstadt).

First published by J.F. Lehmann's Verlag 1911, the German language journal is the world's oldest continuously published periodical dedicated to the subject of polymer technology. It is currently published by Carl Hanser Verlag. The brainchild of the chemist Ernst Richard Escales (1863-1924), the body of contributors – though mostly from the German Empire – were international in terms of their institutional allegiances, based in Great Britain, the United States, Poland, and Austria-Hungary. The subtitle of the earliest issues billed it as the, 'Zeitschrift für Erzeugung und Verwendung veredelter oder chemisch hergestellter Stoffe' (Journal for the production and application of refined or chemically produced materials). The influence that it came to accrue was such that in the German language plastics are still known as 'Kunststoffe' (artificial materials) after the publication's title.

Owing to the close connection that the community of contributors had to both established and burgeoning industries, the format of the publication imitated that of other specialist scientific journals on subjects with industrial applications. Alongside scientific articles on the chemistry, modification and development of new forms of polymer, are illustrations of laboratory equipment arrays, reports on new sources of raw materials or more efficient industrial production from all over the world, and descriptions of applications for products in other industries. The first article in the first issue in 1911, for instance, reports a method for producing synthetic leather. Importantly for a field that was incredibly competitive, much space is given for the declaration of new patents – an invaluable chronological resource for historians of polymer technology. The articles use for historians goes, however, far beyond the history of polymers. For example, Issue 2 of 1911, contains a documentary article about the sourcing and processing of gutta-percha, a natural latex used for coating undersea telegraph cables, in the then Dutch East Indies. With its documentary photographs and details of world trade volumes in the raw material, it is a valuable source for global economic, colonial, and social history too.

From the earliest scientific approach to examining their properties in the 18th century, through to experimentation and the synthesis of new forms in the 19th and 20th centuries, and then the development of the industrialized means of their mass production, plastics have arisen to become a cornerstone of modern technology and one of the fundamental groups of basic materials. As an institution dedicated to preserving literature from the history of materials technology, the acquisition of these early editions of this important journal means that the library has taken a further important step toward its goal of becoming a repository for works on the origins and history of this epoch-defining technology. 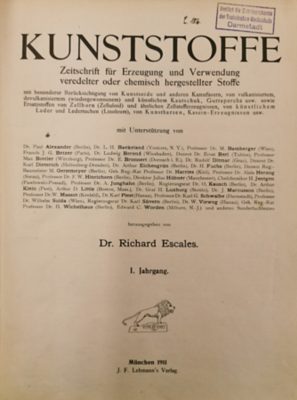 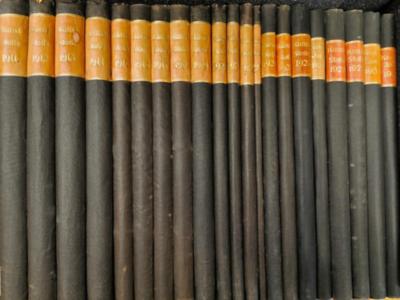 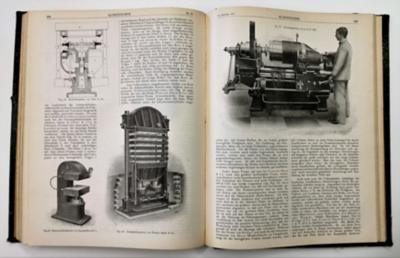 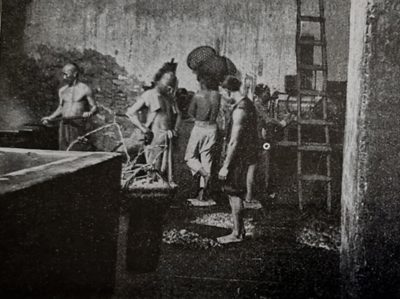 An historic journal on plastics technology in the Iron Library