Chapter 4: Secrets of the railways ...

The favorite book of Werner Nef

The fourth book in this series is about the "secrets of the railways", a very special chapter in the history of technology and one which has fascinated people from the very beginning. The reader is a real specialist with 40 years of experience as a locomotive driver.

… after completing his apprenticeship as a fitter in the late 1960s, he trained as a locomotive engineer with the Swiss Railways. During his 40-year career driving locomotives, he has experienced at first hand how the railways have become a modern high-performance means of transport. Now, he enjoys passing on knowledge and experience to readers as the author of various books and other publications.

I would love to play a role in this book:
Bahnsaga Schweiz : 150 Jahre Schweizer Bahnen. Zürich: AS-Verlag 1996

The railway has always been a source of fascination. The tremendous power that emanated from the steam engines' hissing, huffing and puffing was literally palpable. The railways fascinated specialists, but the lay public too showed a growing interest in this new means of transport. The "iron horse" was an early name for the steam locomotive. But this sought-after metal was used not only for rolling stock but also for bridges and station concourses with their filigree riveted structures. Iron is inseparable from the railways and it was widely used for signaling equipment, for tracks and sidings and, with electrification, for the overhead lines. Books about railways, especially about locomotives, have always enjoyed a wide readership. Even as a youngster, I was fascinated by one book in particular that initiated me into the "Secrets of the Railways". 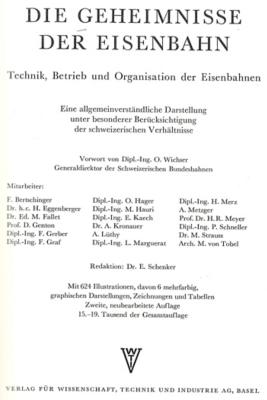 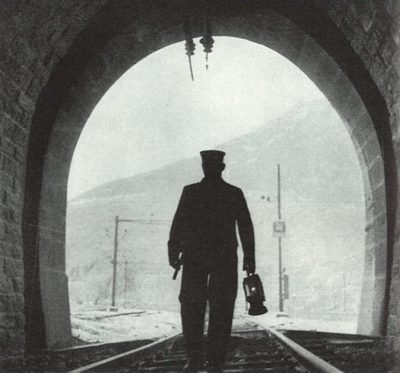 My favorite book "Geheimnisse der Eisenbahn" – Secrets of the Railways – first appeared in 1945. The second edition ten years later was also popular. The book was an easy to understand introduction to various aspects of railway lore, ranging from laying tracks to rolling stock and scheduling, and to the nature and history of the railways. It also covered less frequently treated topics such as legal issues, ticketing or signal boxes at the many different stations.

The book gives the reader a very clear idea of the enormously difficult circumstances under which new lines had to be adapted to hostile landscapes, with audacious bridges and long tunnels, so that even after 150 years they are still capable of handling the growing volume of traffic and ever greater speeds. With over 600 illustrations, it provides a comprehensive overview and brings to life the lure of the railways, which in the early days was a major factor in their popularity but which has unfortunately fallen victim to the breakneck pace of progress.

Have a look at some illustrations!

Viaduct over the Sitter
The viaduct over the Sitter near St. Gallen, built from 1908 to 1913, is the highest railway bridge in Switzerland. The bridge, with its 120 meter long and 920 ton riveted iron structure in the middle, soars boldly above the river bed 99 meters below (source: p. 113). 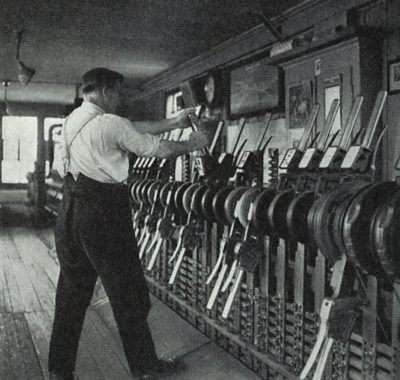 Signal boxes
The old signal boxes demanded great physical strength from the signal operator. The switches that blocked the lines to other traffic were purely mechanical installations made of steel. The commands from the signal box were transmitted by steel cables to the switches, signals and barriers (source: p. 257). 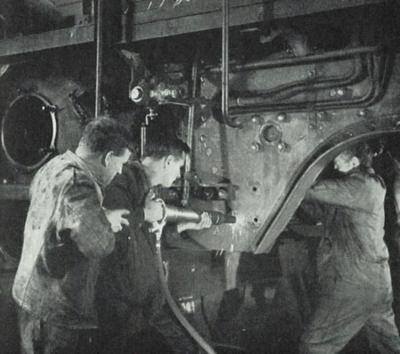 Craftsmanship
The old locomotives with integrated drive wheelsets (so-called 'Rahmenlokomotiven') from the 1920s demanded craftsmanship, for instance for riveting. Nowadays, the ability to work with the computer comes first and foremost (source: p. 371). 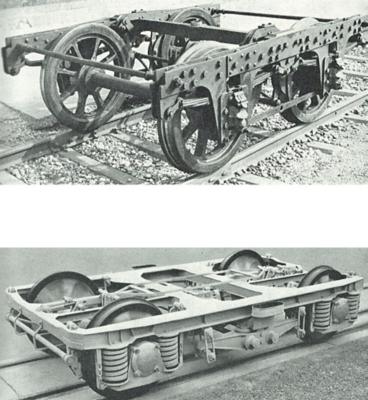 Technological development
The two pictures illustrate the development that technology has undergone. Above we see a simple coach chassis from the early days made of square sheets of steel riveted and screwed together. Below, a century later, a more modern and technologically more sophisticated bogie of a light-metal coach. And this is worlds away from the modern-day bogies with integrated tilt function and suspension system (source: p. 435).