Reading by Katerina Poladjan from her new novel "Zukunftsmusik" 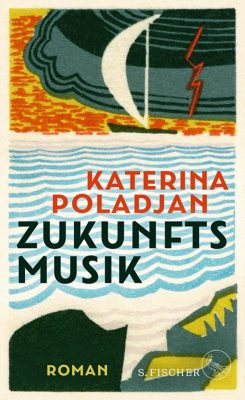 This year's reading as part of the literature festival "Erzählzeit ohne Grenzen" took place in the convivial atmosphere of the refectory at Klostergut Paradies. The reading by Katerina Poladjan from her new novel "Zukuftsmusik" was the fifth at the Klostergut since the founding of the cross-border festival in 2010. Around 50 guests accepted the invitation and enjoyed the personal encounters with the Iron Library team.

Poladjan read from the beginning and a later section of the novel for the enthusiastic audience. The story about a day in a Kommunalka offers a microcosmic snapshot of life and the hopes for the future in the Soviet Union on the fateful day Gorbachev took office in 1985. Atmospheric, melancholic, but with the gentle humor of everyday life, the novel elicited laughter from the audience several times; and the author's experience as a radio play speaker was reflected in the quality of the reading.

Moderated by GF General Secretary Roland Gröbli, a lively Q&A session followed, taking in the utopian setting of the novel and the author's family background, as well as how her personal memories of life in Soviet Russia contributed to the novel's structure. The interest of the audience continued at the aperitif in intense and cheerful discussions - a sure sign of a very successful evening.

We thank Katerina Poladjan and Roland Gröbli very much for the entertaining event!

Katerina Poladjan was born in Moscow in 1971 and has lived in Germany since 1979. She studied applied cultural sciences at Leuphana University in Lüneburg and performing arts in Munich. She is known as a writer, actor and radio play performer.

Her prose debut "In einer Nacht, woanders" was followed by "Vielleicht Marseille", and together with Henning Fritsch she wrote the literary travelogue "Hinter Sibirien". In June 2019, the novel "Hier sind Löwen" was published by S. Fischer Verlag. "Zukunftsmusik" is her fourth novel and was nominated for the Leipzig Book Fair Prize in 2022.

"Zukunftsmusik" is the story of a departure: thousands of versts east of Moscow, grandmother, mother, daughter and granddaughter live in cramped quarters in a Kommunalka under the crumbling plaster of a bygone era. It is 11 March 1985, the beginning of a new era of which no one is yet aware. Everyone is going about their daily lives. The engineer next door tries to sort his life into boxes, Varvara helps a child into the world, Maria dreams of love, Janka wants to sing in the kitchen in the evening. It is a novel about four lives at a turning point, about a vanished world that still has an effect today, about the absurdity of existence and the big question of the here and now: What to do? 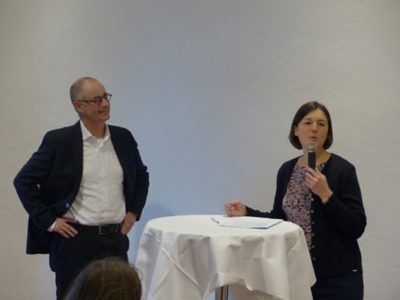 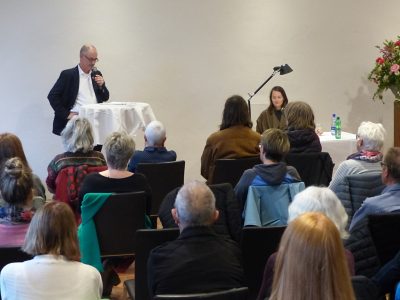 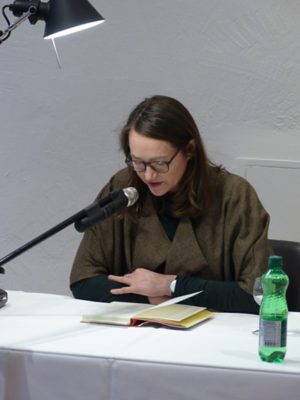 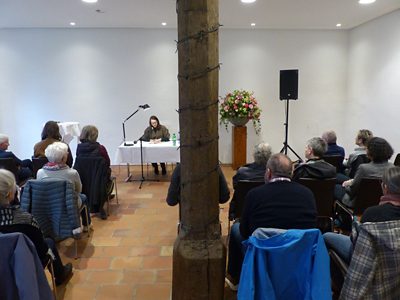 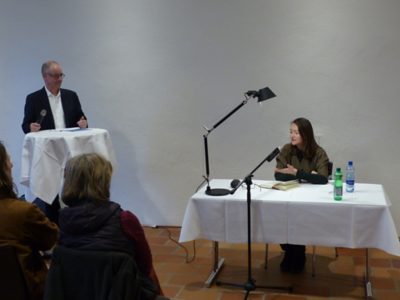